BCNY’s annual “I Am a Man” conference explores the identity, masculinity, and empowerment of self-identifying young men of color. 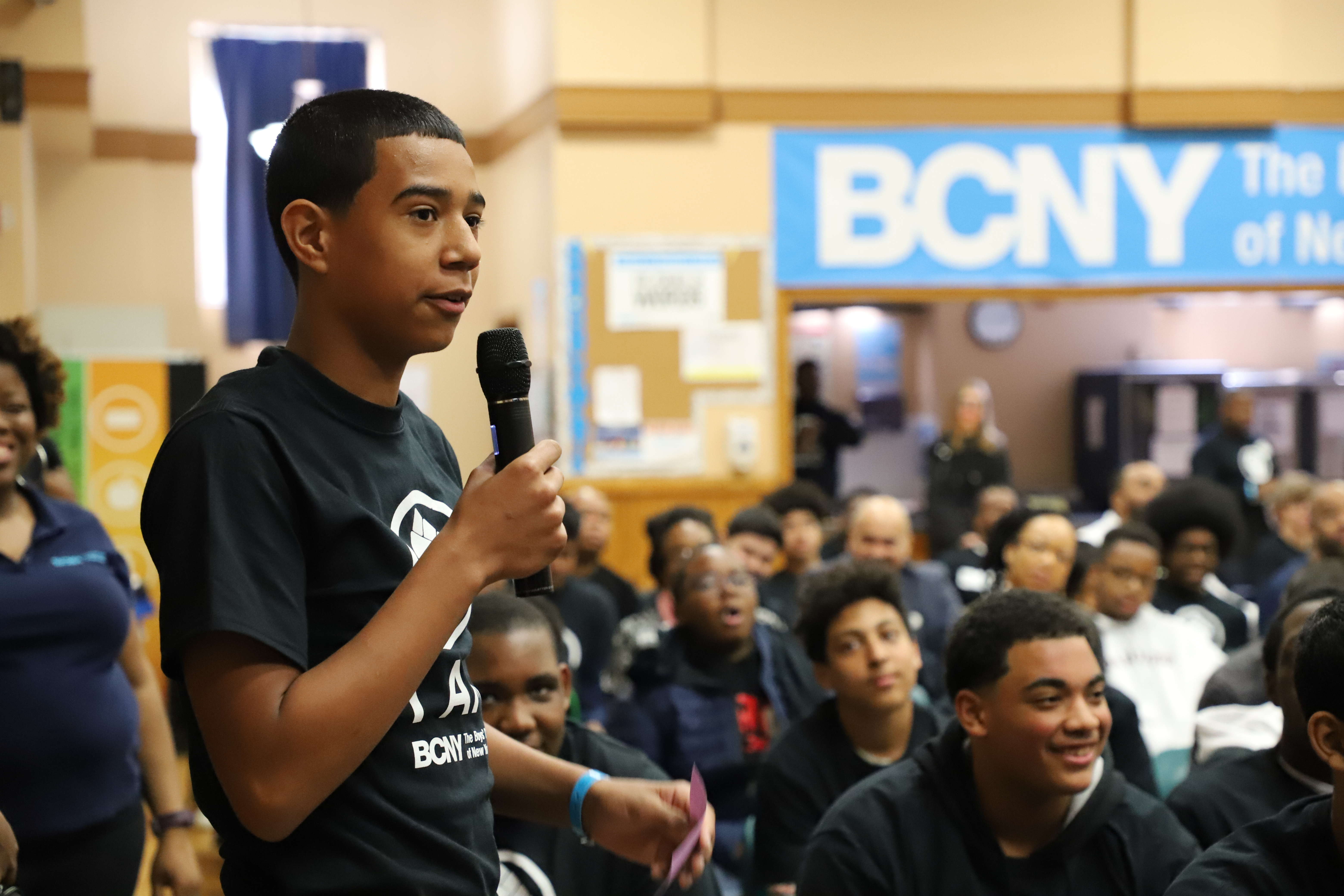 This year, the Boy’s Club was joined by actor, activist, and founder of Making Kids Win, Michael K. Williams, for a screening of the HBO documentary Raised in the System, followed by a panel discussion about criminal justice reform as well as a spoken word performance by Mysonne, known as “The N.Y. General” to his fans, an independent, Bronx-based MC.

Thank you to our panelists, who shared inspiring and empowering ideas and gave us the courage to do more for our communities and our futures.

Photos from the 2019 I AM Conference