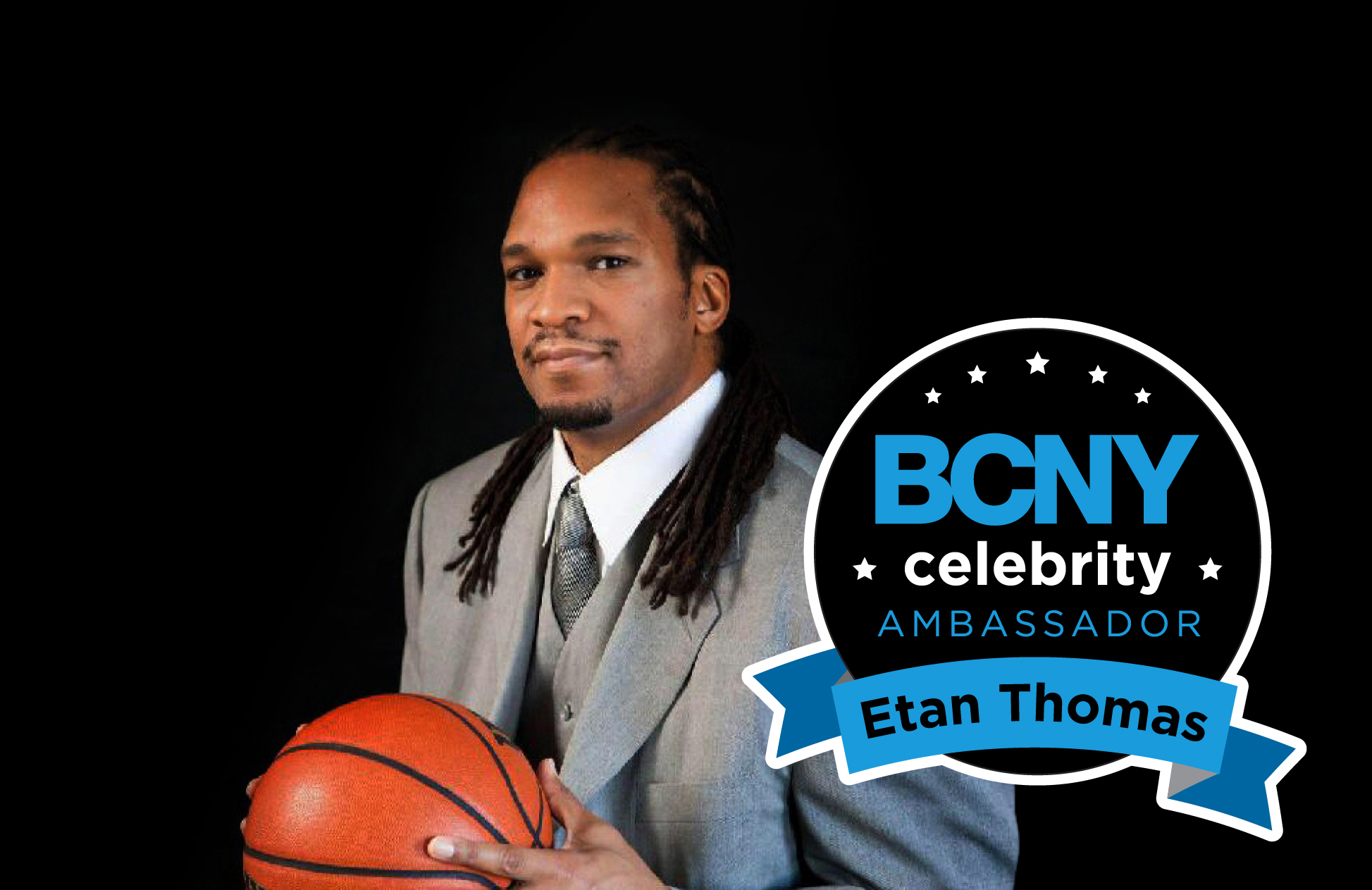 Etan Thomas is an NBA veteran, an author, motivational speaker, host of The Rematch, and BCNY alumnus. He’s now added one more title to his list: BCNY Celebrity Ambassador! 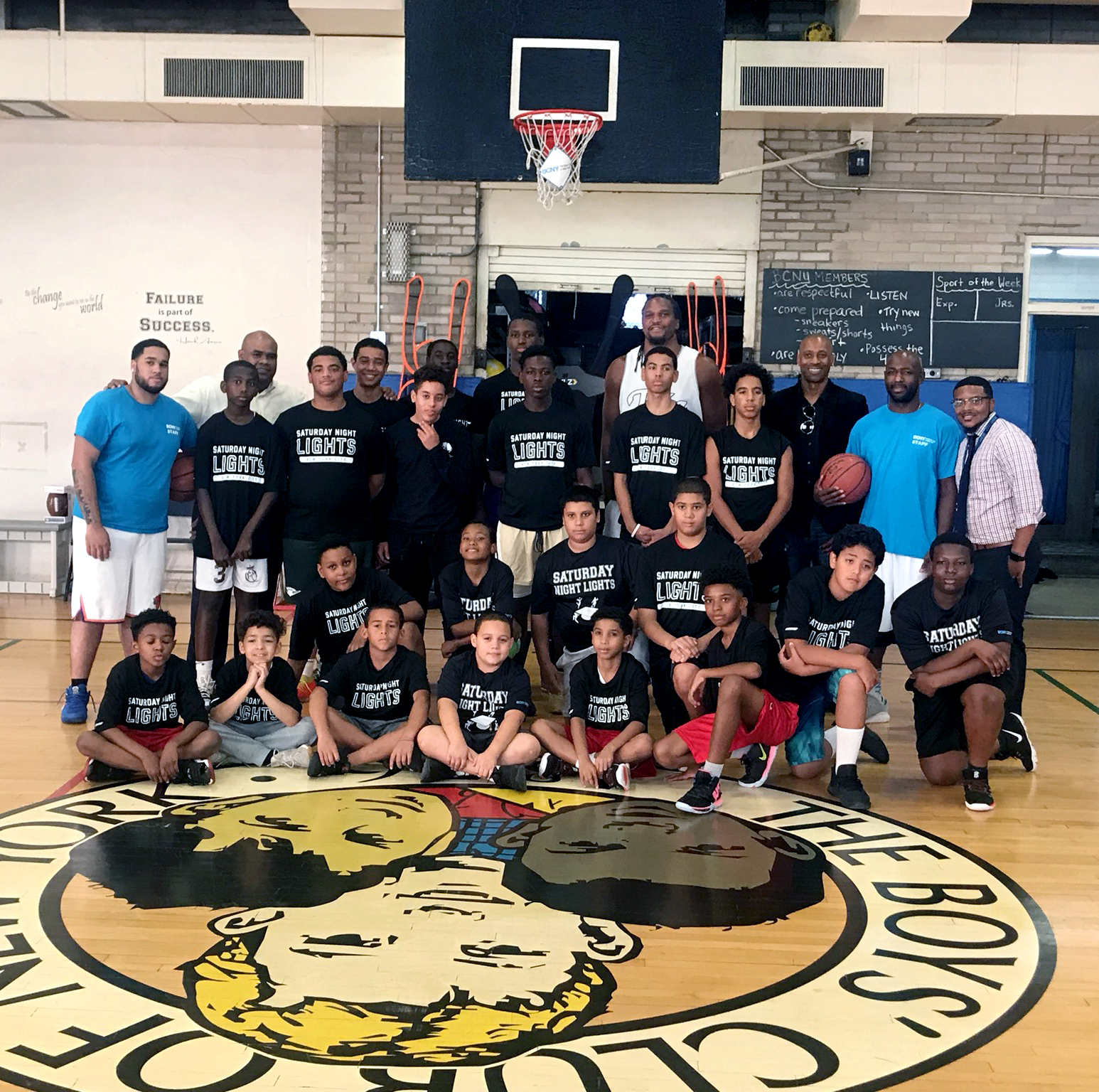 Thomas has fond memories attending the Boys’ Club of New York’s Gerry Clubhouse in East Harlem growing up. Earlier this week, he came back to the Gerry to interview fellow NBA veteran John Starks and hung around afterward to talk to our members about the importance of making sound decisions, working hard, having a plan “B,” “C,” and “D,” and staying focused.

“It was such a blessing to be able to come back and talk to the same Boys’ Club I attended every summer growing up and speak to the boys and young men the same way John Starks spoke to me when I was young,” said Thomas.

Thomas, who describes himself as “The Activist Athlete,” continues to build a formidable literary career and is passionate about mentoring and civic engagement.

Born in Harlem, Thomas read widely about the civil rights movement and was greatly influenced by his schoolteacher mom who instilled in him and his brother the significance of critical thinking and using their platform to make a difference in the world. After 11 years in the NBA, Thomas continues to make his mark.

His latest work, We Matter: Athletes and Activism was released in 2018. Currently, Thomas writes for The Guardian and has also penned articles for The Washington Post, Huffington Post, CNN, ESPN, Hoopshype.com, and slamonline. He appears frequently on MSNBC as a special correspondent for “hot topics” and continues to be invited on syndicated radio and co-hosts a weekly local radio show on WPFW 89.3FM, The Collision, “where sports and politics collide.”

“It is an honor for us to be reconnected with Etan Thomas, an outspoken leader committed to social justice and mentoring others,” said Stephen Tosh, BCNY’s CEO and Executive Director. “Etan is an exemplary alumnus and we look forward to the positive impact that his ambassadorship will undoubtedly have on our members.”