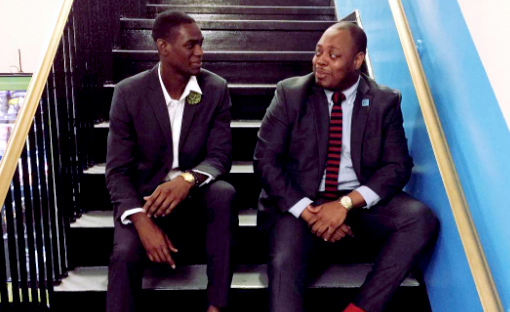 “I pretty much did everything,” he says about his years with the Boys’ Club. At the Elbridge T. Gerry, Jr. Clubhouse in East Harlem, known as Jefferson Park Clubhouse when he joined, Julius joined the swim team and the Ping Pong team, and was an all-around enthusiastic Clubhouse member.

When Julius was in middle school, Antonio Aponte, Harriman Clubhouse’s Director of High School Access, approached him with a proposal: consider junior boarding school.  With BCNY’s help, he secured a scholarship to The Fesseden School in Massachusetts. Julius loved the experience, and a few years later, he was accepted to Blair Academy for high school.

After three years at Blair, Julius earned a scholarship to play basketball at Canisius College in Buffalo, New York. Aside from hours on the basketball courts, Julius earned a BA in Communications, and went on to earn a Masters in Sports Administration. 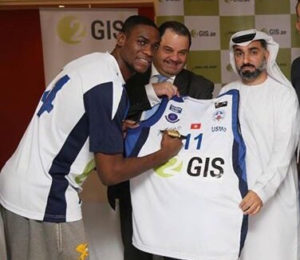 After graduating from Canisius, Julius returned to East Harlem and began mentoring boys at Gerry Clubhouse. “As an East Harlem native, a Boys’ Club alumnus, and a graduate of two boarding schools and a college, Julius had a uniquely relevant perspective to share with boys interested in independent boarding and day schools,” said Antonio.

Julius spent the summer helping Gerry Clubhouse teens with their academic endeavors, but mostly he just talked with them, answered their questions about life away from home, and for those already accepted into boarding schools, allayed their fears about moving away. “For a lot of the kids, it was about fitting in,” Julius says. And as far as how to deal with students who come from vastly different backgrounds, “I told them to have patience. Have some understanding. Understand their situation as well.”

These days, Julius is playing pro ball in Tunisia, after seasons playing in Morocco, Macedonia, Bosnia, and Germany. But he still relies on his mentors from BCNY. “Whenever I have questions, problems, concerns, he [Antonio] is one of the first people I turn to. For sure.” And we rely on him, too, to continue to inspire us, and to make BCNY proud.